However, given the rapid changes in the market dynamics, new challenges and opportunities, there is no blueprint to learn from or adapt to. However, there are many contemporaries who are driving the growth of a new wave of entrepreneurship in India. In a series of conversations, Global Alliance for Mass Entrepreneurship (GAME) aims to bring to the fore the inspiring stories of these contemporary entrepreneurs and their stories of overcoming the odds.

The series “The Road Less Travelled”  will shine the spotlight on influencers and role models and explore how they went
against the grain to find success. As an organisation working towards creating a thriving entrepreneurial ecosystem,
GAME believes that role models can go a long way in making entrepreneurship aspirational and inspire people to
try new things and create a massive flourishing of entrepreneurs.

This initiative is in partnership with Your Story and Network Capital. 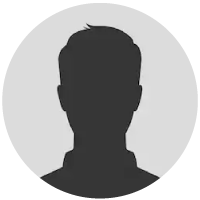 About Global Alliance for Mass Entrepreneurship (GAME)
GAME is an alliance of organisations committed to creating an entrepreneurial movement in India
that results in 10 million new entrepreneurs, half women, who will create 50 million livelihoods by 2030.
GAME is a non-profit operating as a project under Junior Achievement India Services.
For more information: https://massentrepreneurship.org/ 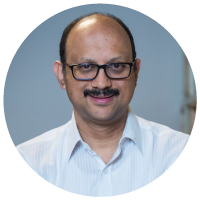 Madan Padaki is an Indian entrepreneur and business executive. He is the Founder, 1 Bridge, an organisation that is working towards delivering top-notch consumer experience to Ruban consumers using a unique model, which seamlessly integrates the online and offline worlds. He is the Co-Founder, GAME - an organisation that is working towards creating a thriving environment for mass entrepreneurship in India. He is a Strategic Advisorfor UNICEF India. He has co-founded successful companies in the past and was working in the IT sector before taking the entrepreneurial plunge. 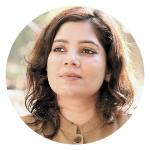 Shradha Sharma is the Founder and Chief Editor of YourStory. Shradha lives her life in stories. And believes, every story is unique and every story matters. Armed with degrees from St. Stephens College, Delhi and MICA, Ahmedabad, prior to founding YourStory Shradha worked with Times of India and CNBC TV18. In 2015, she was selected in the list of 500 LinkedIn Influencers across the world. Also in 2015 (March), Sharma received the L’Oreal Paris Femina Award for Online Influence. 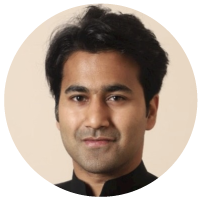 Utkarsh Amitabh is the founder of Network Capital, one of the world’s largest career intelligence communities. He graduated with an MBA from INSEAD Business School where he was recognized as the Andy Burgess Scholar for Social Entrepreneurship. He is a Chevening Fellow at Oxford and a World Economic Forum Global Shaper who represented the community at the Annual Meeting in Davos. 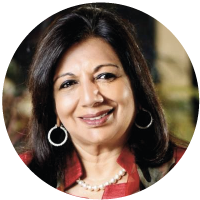 Kiran Mazumdar-Shaw is a pioneering biotech entrepreneur, a healthcare visionary, a global influencer and a passionate philanthropist. She is a pioneer of India’s biotech industry and founder of Biocon. She is the proud recipient of two of India's highest civilian honours, the Padma Shri and Padma Bhushan. She has most recently been ranked as one of the world’s top 20 inspirational leaders in the field of biopharmaceuticals on The Medicine Maker Power List 2020. She serves on the board of Infosys, Narayana Health and The Massachusetts Institute of Technology (MIT), US, apart from holding key positions in various industry, educational, government and professional bodies globally. 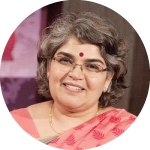 Gayathri, as co-founder and CEO, has built LabourNet into a respected social enterprise, by anchoring on values of growth, transparency social protection and inclusion. LabourNet has won numerous awards in the last few years for its model and contribution to society. She has been extensively involved in policy issues & community mobilizations relating to Livelihoods, Social Security and the informal economy. Gayathri has a Doctorate in development studies with more than 20 years experience in both national and international organizations. 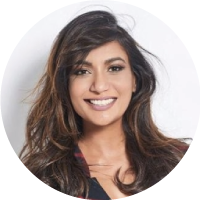 Malini Agarwal a.k.a MissMalini is the Founder & Creative Director of MissMalini Entertainment, a leading media lifestyle brand that creates highly engaging, multi-platform content geared towards India's Internet Generation.Within a few years of blogging, The Huffington Post and Forbes named Malini as India’s most famous Digital Influencer, and since then Malini has been profiled by various international media outlets including BBC World (UK), Reuters, CNN (USA), DW (Germany), TV5 (France) and The Globe & Mail (Canada), and is a regular fixture in local publications such as Vogue India, Elle India, Grazia India, Hello! India, India Today, The Economic Times, Business Standard, NDTV Profit, and on CNBC's Young Turks as a fast-growing media start-up to watch. 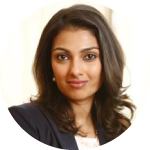 Ms. Ameera Shah is the Promoter & Managing Director of Metropolis Healthcare Ltd., a reputed chain of pathology labs with a loyal customer base across India, South Asia, and Africa.  Under the leadership of Ms. Shah, Metropolis listed successfully at the stock exchanges in April 2019 at a 9% premium amidst challenging market circumstances. Ms. Shah led Metropolis into the frontlines of the COVID testing in India apart from advising and engaging with the Indian Government to plan a response for the pandemic. Named amongst ‘Fifty Most Powerful Women in Business’ by Fortune India (2017, 2018 and 2019) and Business Today (2018, 2019), Ms. Shah is recognized as a global thought leader in the healthcare industry. 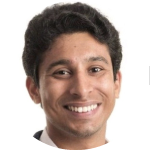 Vidit Aatrey, IIT-Delhi 2012 Alumni, is the co-founder and CEO of Meesho. Meesho is India’s largest social commerce platform, enabling millions of individuals to start and scale their social selling businesses with zero investment. Back in 2015, Vidit Aatrey teamed up with his college batchmate and friend Sanjeev Barnwal to build an ecommerce startup for small businesses at a time when everyone told them that ecommerce is saturated. Four years and two pivots later, they have today built India’s largest social commerce platform at Meesho. Meesho has already empowered 2 miliion+ entrepreneurs, mostly women, and is on its way to create millions more. Through its platform, it enables entrepreneurs to start online-business with zero investment and provides them with right supply, social sharing tools, logistics and payment capabilities to run their business. Prior to Meesho, Vidit worked with ITC and InMobi. 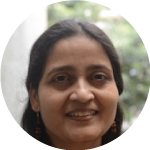 Meera is also an Ashoka Fellow, recognised for her work building open knowledge platforms that allow citizens to collaborate and improve their cities. 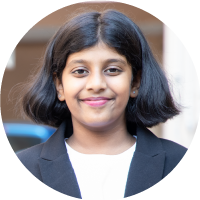 Vinusha MK is the Founder and Chief Baking Officer at Four Seasons Pastry - a home bakery venture that  makes handcrafted cakes, cupcakes, and other treats. The 10-year-old entrepreneur has launched a baking kit complete with ingredients, a note about the science behind it, recipes and ingredients. 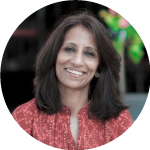 Shalini Singh is an accidental entrepreneur having founded Galvanise PR, an integrated communications firm for b2b clients and andwemet.com, an online matchmaking service for Indians living in India and overseas looking for a meaningful relationship. Shalini started her career as a kindergarten teacher, and then joined a public relations firm servicing hi-tech clients. Shalini read’s ‘impossible’ as” I M POSSIBLE” and can be reached on https://www.linkedin.com/in/
shalinisingh2019/ 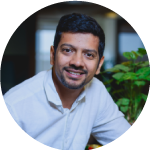 Mekin is a co-founder at GAME. He is extremely passionate about discovering & unleashing human potential and entrepreneurship. He started Udhyam Learning Foundation which works on developing entrepreneurial mindsets amongst youth from various backgrounds.He was one of the early employees at Flipkart where he played various roles – he was Head of Engineering and built out a great tech team, which he counts as his biggest professional achievement, before running 2 small startups within Flipkart and finally took on the role of Chief People Officer. He left Flipkart in March 2016. He started his career with Yahoo! and then went on to join Ugenie where he created weRead, a successful social network around books. Mekin completed his B.E. from PESIT Bangalore in 2002. 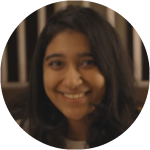 Garvita Gulhati is the founder of Why Waste? an organisation building simple solutions to tackle the global water crisis most significantly the #GlassHalfFull movement at restaurants. .Most recently, BBC World Service reporter called Garvita the “Greta Thunberg” of India, a force to reckon with. She was named India's Young achiever of the year by YourStory and was also the youngest in the 40 under 40 environmentalists of India list in 2019.
Garvita also serves on Facebook's Global Youth Board as well as University of San Diego’s Changemaking board advising them on strategies to evangelise & inspire youth action. 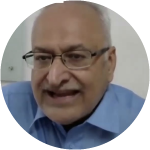 Prakash Gurbaxani is Founder & CEO of QVC Realty . Prakash has over 36 years of experience in running businesses across diverse sectors such as Real Estate Development and Fund Management , Construction and BPO/ Internet.Prakash relocated from US to India in 1997 and  lives in Bangalore. He is an active member of YPO/  WPO. 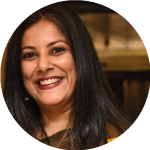 Nandita Lakshmanan is Founder and CEO, The PRactice, one of India’s most reputed, independent Public Relations Firms.  Her views on public relations, based on twenty-seven years of experience have helped shape the vision of the Firm and influenced several of its best campaigns. Nandita is focused on establishing a culture of continuous leadership through mentoring and coaching, fostering intrapreneurship and exploring collaborations with affiliates to prepare the Firm for future growth.  She is an alumnus of the Fortune/US State Department Global Mentorship Program, where she won the Exxon Mobil-Vital Voices grant for an idea titled “Integrity Decoded”. In 2014, she won the Sabre Individual Award for her contribution to the PR Industry in India. The Award called out The PRactice as "unquestionably one of the best (PR Firms), showcasing a grown up, ethical approach that has served the Firm well in a fast changing marketplace". 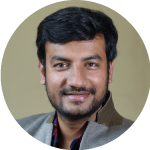 A BTech (Chemical Engineering) graduate from IIT Roorkee, Ankit Garg is the co-founder of Wakefit and heads the entire new product development, design, research and innovation operations of the organization. With over 7 years of experience in the professional ,Entrepreneurship, however, has always been Ankit’s forte. Wakefit is his second venture.domain, Ankit initiated Wakefit’s journey in 2015. Prior to that, he served in the new product development wing at Bayer Chemicals. He was also associated with Tapzo in the process excellence department. 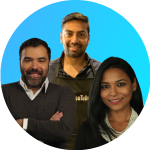